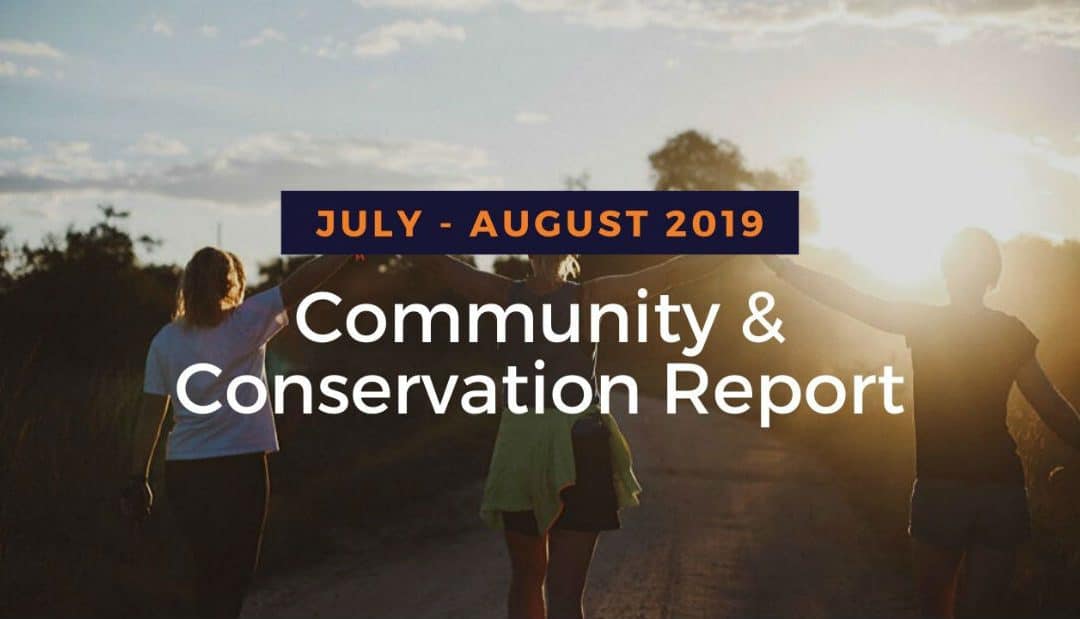 Six livestock attacks (5 cattle, 1 donkey and 8 goats) were recorded during the months of July and August across all the six villages being monitored in Matetsi Ward. 13 of the recorded attacks were from lions and resulted in fatalities. The cattle were attacked on different days, in the rangeland. Two of the losses happened when cattle were being herded.

Unfortunately, the cattle herders were scared and had to flee from the lion (pride of six lions). The attacks on the goats took place at night in the kraal. The lions first attacked two goats and later on came back and finished the remaining six. The last attack which was on a donkey recorded in August and was from a hyena.

The attack took place at night outside the kraal. The owner had not put the donkeys in the enclosure hence it happened, however, it only led to an injury. Unfortunately, the issue of human-wildlife conflict in Matetsi goes beyond livestock loss. It is also affecting the literacy of children in other parts of Matetsi Ward. Due to the long distances which are there between some villages for example in Kasibi and the nearest school as well as the existence of wildlife, parents opting to send their kids to school at a later age.

This is because their children might fail to escape from dangerous wildlife species such as lion, elephants or buffaloes which are in their area. For more on this please refer to our Early Childhood Development section.

Conservation education club students managed to finish their syllabus on plants and vegetation in July. The concluding lesson was on the chemical process in plants and they had a revision session on the whole syllabus.

The students are looking forward to starting their syllabus on wildlife and going for a trip to wildlife encounter during the third term. More on this section will be in the September report when the students resume their school their term

The English literacy program is going on well. Students at Sekebelo Primary School graduated from learning the alphabet to forming words and doing spellings. This is mainly because of a small number of pupils the school has.

The program will be continuing with a full class until their scores improve. 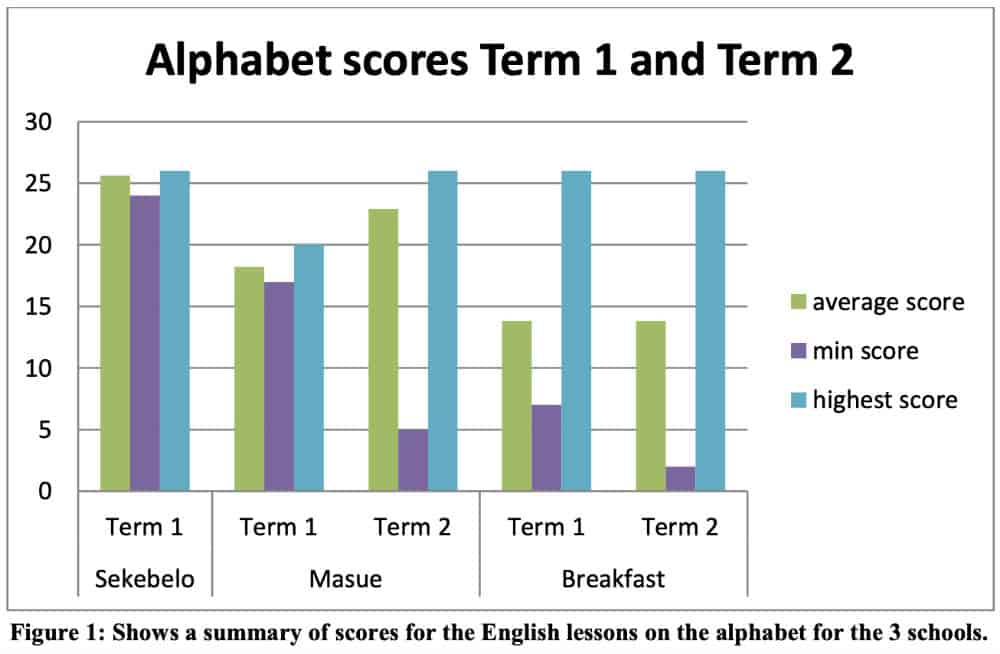 Early childhood development (pre-school) is one of the most important education stages in children, despite having an urban or rural background. Kasibi village is located in Matetsi ward, a communal area in the KAZA region. Like any other villages in Matets ward, it is surrounded by several unfenced protected areas, making it vulnerable to lions, elephants and even hyenas.

The village does not have a school of its own hence the children from the village attend school at Matetsi Primary and Matetsi Secondary, which are very far away. Because of the long-distance that children walk to school, it has led to parents keeping children under the age of 7 years at home and unable to attend pre-school.

This is also being caused by the fear they have of dangerous wildlife species e.g lions, elephants found in the villages which could possibly attack the children.

Due to this ALERT, Community Department held a meeting with the parents from the village whose kids were not attending school and they came to a decision of starting a pre-school within the reach of the community. The pre-school has been formed so that the small kids do not have to walk the long-distance and they can obtain an education.

For starters, the community chose a teacher, and the organisation sees to that all materials needed for the pre-school is provided. ALERT managed to provide equipment such as crayons, toys, books, charts, markers, paper, The organisation also managed to get one of our professional ECD teachers we work with at Chinotimba Pre-School to train the community teacher.

We hope with time we will be able set up a proper ECD in the area which is recognised by the ministry so the children can get a professional, qualified teacher

Work at the old people’s home proceeded as usual. The ALERT team assisted the caretakers at the home with cleaning, gardening and serving food. The organization also managed to secure medication for one of the elderly persons living with a heart problem.

Unfortunately, her condition is worsening and her legs keep on getting swollen even when taking medication.

The girls from our girl’s club received washable and disposable pads, special thanks to one of our former volunteers from Sweden. The girls also managed to end the term in a very calm manner by watching a movie on their last day.

We hoping they will be able to improve their soft skills especially in sewing next term and also learn more about child abuse. 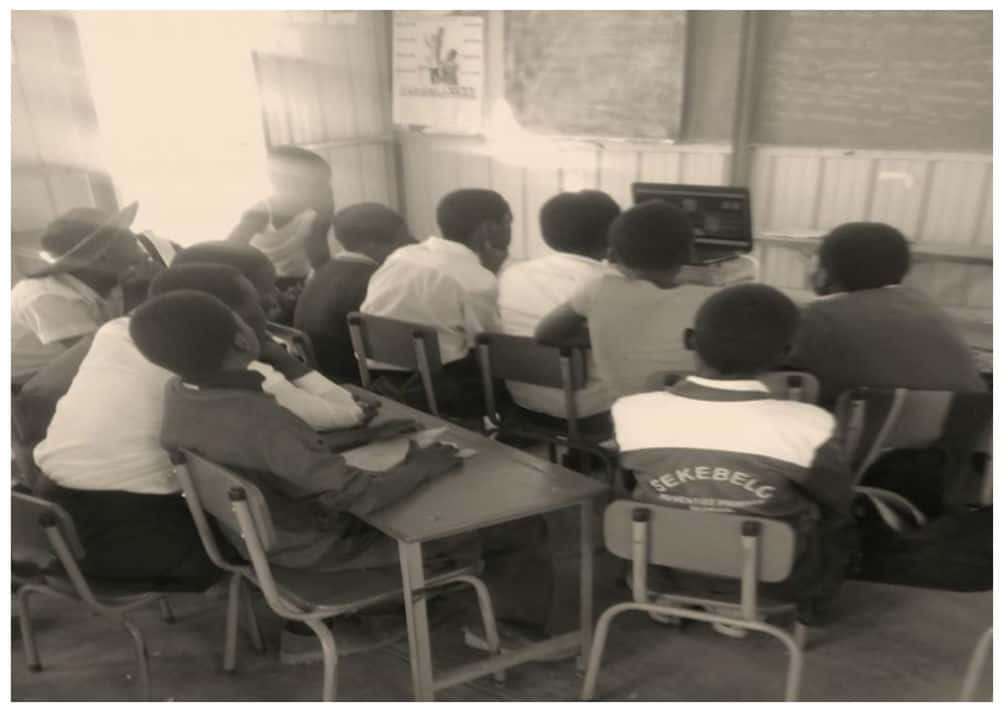 The ALERT mobile clinic managed to assist the district immunization outreach programme within the Hwange District, collaborating with the district health office. We assisted them with transport and recording during the immunization program.

During the intensive clinic week, approximately 302 babies were weighed and checked for normal growth. At least 71 babies were immunized (received Vitamin A, IPV, OPV and some even BCG). The areas which were covered during the program include Matetsi Ward, Chidobe Ward, Jambezi Ward, Chikandakubi, Chikamba, Mizpah and Lupinyu. The programme also involved educating and distributing contraceptives to the mothers.

Most mothers opted for oral contraceptives but were however encouraged to try long term and less demanding methods such as implants and the loop.

The reason being with tablets people tend to forget to take them. 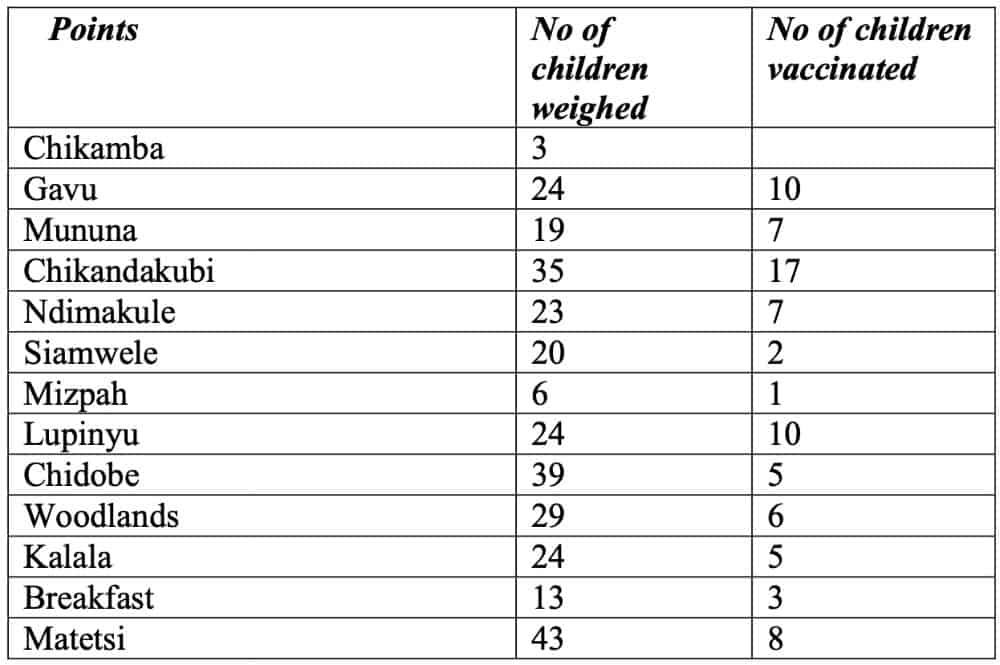 Shows the areas which were covered during the mobile clinic, the number of kids which were attended to either for growth assessments or for immunization purposes.

The ALERT Community Conservation team would like to thank ALERT, Wildlife Encounter and Volunteer encounter for supporting all the community projects.

We would also like to extend our gratitude to all the Ministry of Health, Hwange District, Hwange Rural Communities which work with us and the Hwange Rural District Council for their support.

Thanks to the ALERT team across all departments for the good job and the hard work they put into the projects daily. 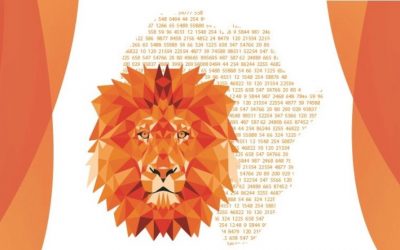 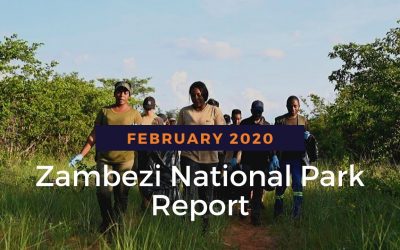 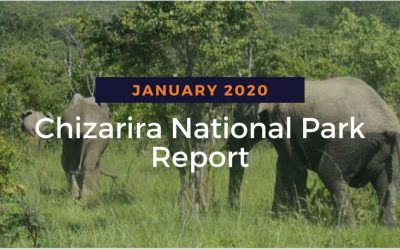