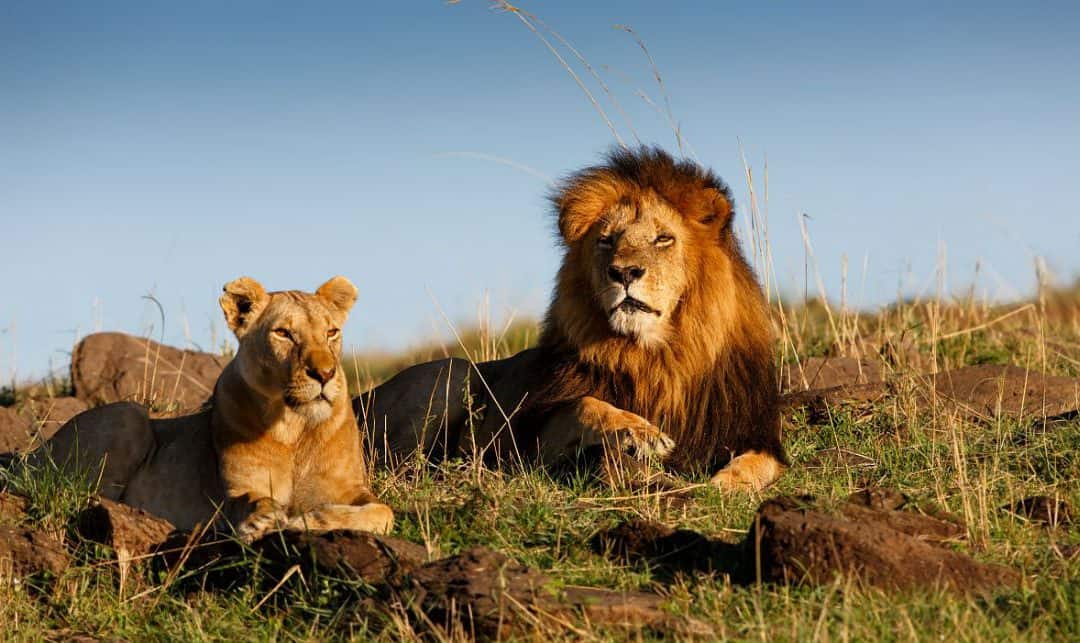 The African lion is subject to increasing threats from human activities.  The species has evolved social and reproductive behaviours that require space, the greatest threat, therefore, being an increasing human population and the subsequent conflict with lions as a result of land conversion and prey base depletion to meet the needs of people.  Humans, however, have induced additional threats by introducing disease, unsustainable trophy hunting practices, and the impacts of climate change to lions, whose populations continue to decline.

African lion populations might still exist in theoretical numbers to support their conservation status as “vulnerable” by IUCN standards, but analyses of population structure, geographical fragmentation, risks from inbreeding depression and subsequent loss of evolutionary potential, and probable/actual disease threats, provide many additional causes for concern for the long-term viability of this species.

The conservation of wild lions in their natural range must remain at the core of efforts to ensure viable populations of lions are maintained as an integral part of functional ecosystems.  To that end, ALERT engages in and supports projects to:

Our responsible development approach also ensures that our lion conservation efforts extend beyond the species itself to incorporate inter-related ecological, social and economic issues.