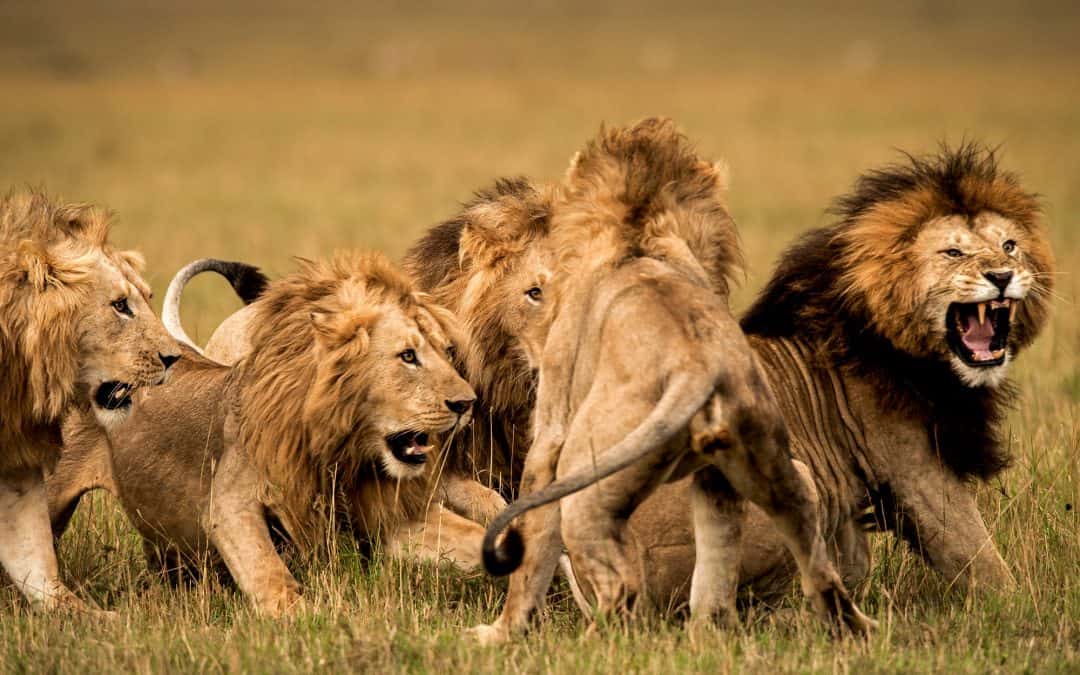 Social Organisation and behaviour of the lion

The female will only rejoin the pride with her cubs if the cubs already established in the pride are not more than 3 months old. The reason for this is that all lactating females suckle cubs indiscriminately, showing only limited favouritism to their own offspring. Therefore young cubs would suffer in competition against cubs over 3 months old.

This collaborative behaviour probably stems from the close genetic relatedness among a pride’s females (each sharing c. one-seventh of their genes with pride mates, each lion is enhancing her own genes’ success by helping raise her sister’s offspring. Cubs suckle regularly for the first 6 – 7 months, the frequency declining thereafter. Cubs remain with their mother for 21 – 24 months up to 30 months.

Cub mortality is high; in Kruger c. 50% died, a similar figure was given for Nairobi National Park. In Etosha National Park and Mashatu, the figure was lower at 40% whilst a figure of 67% was given for the Serengeti. There are many reasons for mortality in cubs; first, teething is painful and weakens the cub so that many die during this time. Disease is an important factor in cub mortality, as is abandonment; mothers often get absorbed by some activity and forget for a while that she has cubs.

A male taking over a pride may kill cubs under a year. Cubs are predated upon by other carnivores as well as buffalo. Finally, cubs are at the bottom of the food chain; a mother will let her cub starve if she’s hungry and will not slow her pace for a cub older than five-seven months, which once left behind has little chance of survival. As many as 80% of cubs will die before the age of two years.

The basic lion social organization are resident prides: occupying hunting areas of a size that can sustain the pride during times when water and food are in short supply. Lion densities, home territory size and social group size increase and decrease with habitat suitability and prey abundance, generally larger in moist grasslands where the game is plentiful and smaller in the drier bush with fewer prey animals. 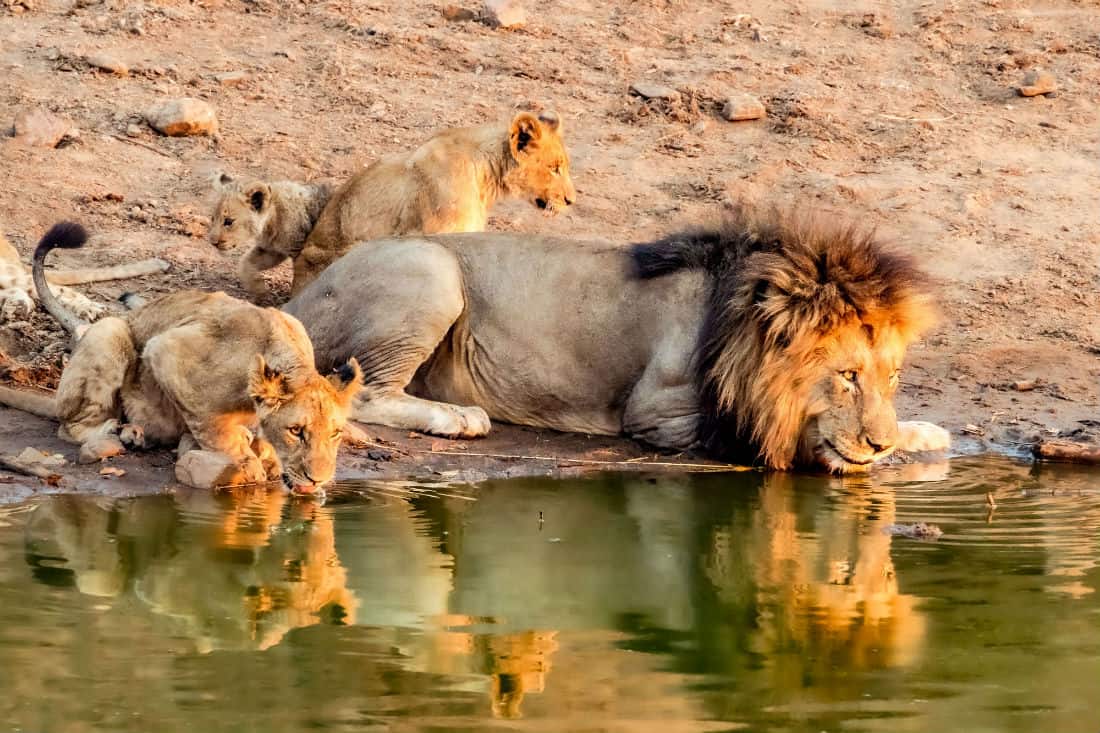 Home territories range from 20km2 in the most suitable habitats to more than 500km2. The average area of nine Serengeti prides was c. 200km2. Pride ranges and territories may overlap but each pride maintains a core area where most activities are undertaken with little interaction with other lion groups.

Territories are stable except in periods of hardship. If the lions in an area dwindle away (as a result of disease for example) this will be followed by an influx of competing lions to claim the territory.

Prides can attain 40 members, however, the average pride, both in Kruger NP and the Serengeti, consists of 13 members. In Kruger, the average composition of 14 prides totalling 181 lions was 1.7 adult males, 4.5 adult females, 3.8 sub-adults, and 2.8 cubs (including yearlings).

Females outnumber males by a substantial margin, despite a near 50% male/female birth ratio. This is probably due to the tendency of males to be nomads, take on more dangerous game, and be killed in pride takeover attempts.

In larger prides, it is rare for the whole pride to be together, but individuals or small groups, typically of three-five members will scatter throughout the pride’s territory for days or weeks at a time, especially in dry environments or times where the number of prey are in small supply. There is no hierarchy between females and no particular bonding between any pride members. A pair of females will be found together no more than 25 – 50% of the time.

The presence within a pride’s territory is not a sign of membership as many lions are transient or “squatters”. Membership of a pride can only be distinguished by a friendly greeting ceremony performed between pride members. Any member without the confidence to perform the ceremony will be treated as an outsider.

Lions will defend their territory against lions of the same gender, but most encounters do not result in fighting; usually, one pride will skulk off under the watchful gaze of the other.

The adult females in a pride are usually related and will stay within the natal range unless there is a short supply of food, under which instance two-year-old females will be forced to leave. Each pride has an apparent maximum number of females. In Kruger NP the number of lionesses remained constant in six neighbouring prides for two-and-a-half years, even though the actual membership of the prides changed. If the number falls below the capacity for the home range sub-adult immigrants may be allowed to join.