Captive-bred cubs are cared for by a human handler from three weeks old.  Cubs at this age will hide out in the same way that wild cubs will do, using the safe housing designed for them, and coming out to suckle and play when their surrogate mother returns.  It is through this constant interaction with their handler that the cubs gain confidence in their “mother” meaning they will have the confidence to follow their “mother” into the African Bush to experience their natural habitat.

The cubs are taken out on their first walks around the age of six-weeks-old; they are easily frightened and rely on the handler for a sense of safety.  Shortly after other handlers are introduced to the cubs to simulate a wild mother introducing her cubs to the rest of her pride, but the surrogate mother is always present to give the cubs the security they need. 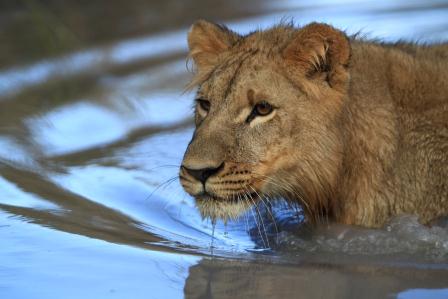 As the cubs get older and gain in confidence they are taken on long walks, covering greater distances.  Natural behaviours are encouraged to develop through constant interaction with their environment, prey species that they encounter and through social bonding and play within their cub kin group.

Tourists are permitted to join the lion walks when the cubs are between six and eighteen months old and again are treated by the lions as dominant members of the pride.  In allowing this participation the program raises awareness and generates funding to operate the release programme. 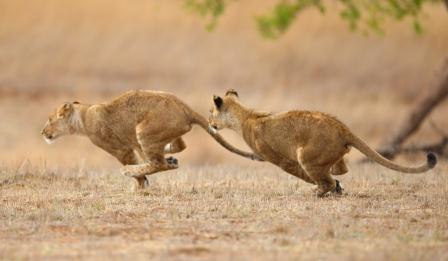 “An assessment was undertaken jointly by a team comprising an independent consultant biologist and two members of the Zimbabwe Parks & Wildlife Management Authority. The team reported favourably on this rather unique and specialised activity and their assessment was generally supportive of “Walk with Lions”… WWF SARPO has no objections to operations of this nature, provided the principles and practices as developed and implemented by Antelope Park are adhered to.”  (from a report compiled by Dr. R.D. Taylor, Conservation Programme Director for the WWF Southern African Regional Programme Office (SARPO)

The cubs will often encounter natural prey species on their walks including small antelope such as duiker or steenbok, and larger species such as wildebeest, zebra or buffalo.  It is through repeated exposure to these species that the young lions are given the opportunity to hone their natural hunting instincts.  When the cubs are very young they will do little more than watching the prey.

Around the age of six-months-old, they make tentative steps towards the animals they encounter and even make their first real efforts at stalking.  Much of the practice needed for this hunting development comes from the play in which the young cubs constantly engage.  Needless to say these early attempts are unsuccessful.  By one-year-old, the cubs have enough confidence to give chase, and their stalking techniques are developing well.

Around 12-15 months old many of the cubs are making their first kills, often birds, monitor lizards or small and young antelope although larger prey are sometimes taken if the individual is old or weakened in some way. 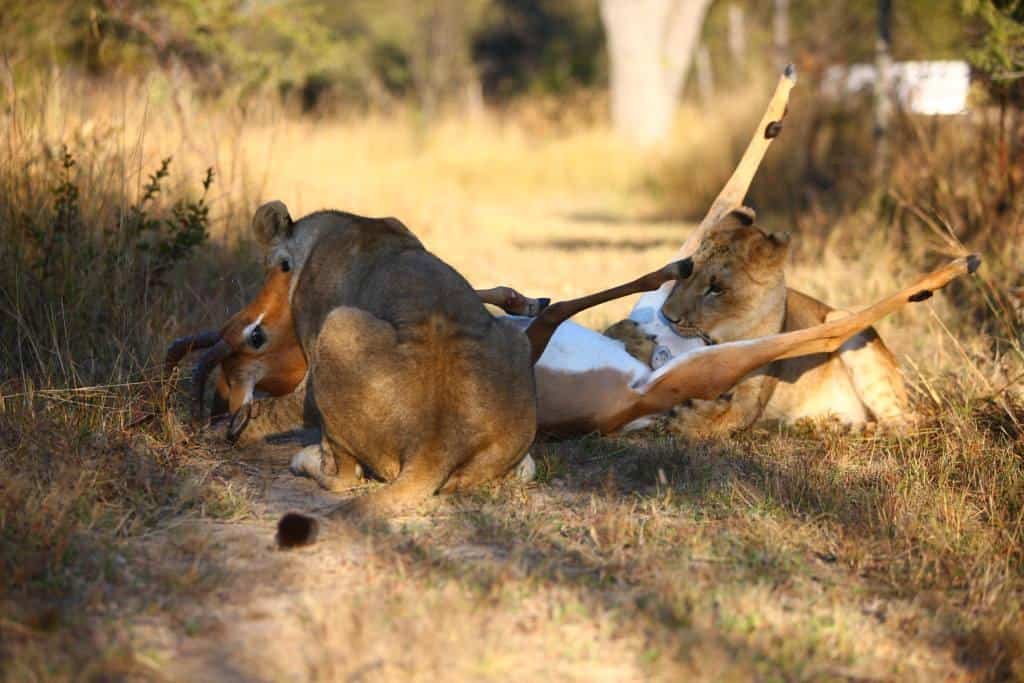 Success at hunting is difficult for the young, inexperienced lions, especially during the day, however, the young lions manage to make contact with many different animal species from guinea fowl to buffalo.  Often the reason a kill is not made is that the lion is too small to bring down the size of prey it has jumped on, or lets its grip on the animal falter through lack of experience.  The cubs on walks learn quickly from these experiences and have managed to kill many different species before the age of 18 months including warthog, baboon, wildebeest and even buffalo and giraffe.

At around 18-months old the lions begin to take part in the Night Encounter program which gives the growing lions further opportunities to practise their hunting and co-operative hunting techniques.  A red filtered spotlight is used from a vehicle to monitor the lions’ progress to reduce our impact on predator/prey interactions. 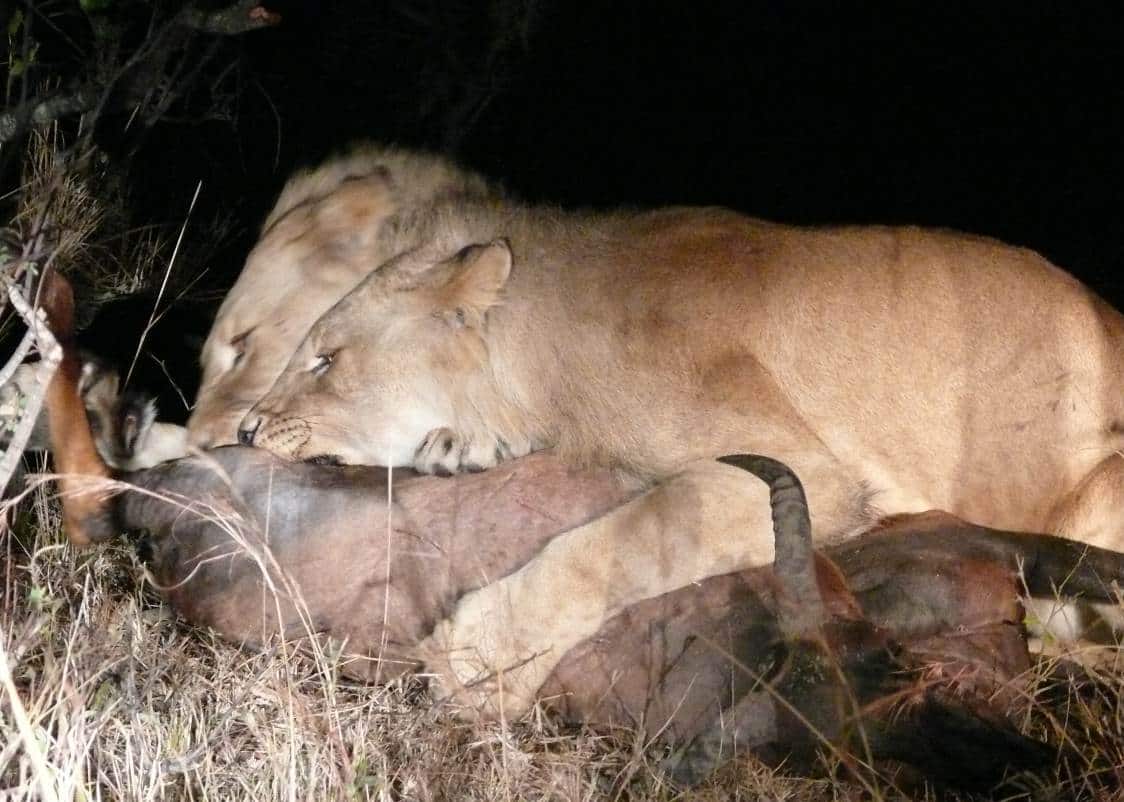 In the wild, cubs before the age of 24 months old will follow their mother and other dominant members of the pride and are led to prey.  Mostly they will watch the hunt from the sidelines, but gradually they will start to take part, usually unsuccessfully, as they practice their hunting techniques.  As such, the younger lions often follow the vehicle and are led to areas where prey is known to be. The lions then take over and try to hunt. As the lions approach two-years-old, where, in the wild, they are now starting to separate from their mother’s side, the lions more commonly lead the Night Encounter; using scent trails to find prey, displaying co-operative hunting strategies more often and are able to take larger game species.

Although it is accepted that lions can learn to hunt without the pre-release training used in this release protocol, typically, this takes place over time with the lions hunting individually at first as they are only able to capture prey of a size that would sustain that individual.  The African Lion Rehabilitation & Release into the Wild Program’s release protocol is based on releasing prides and therefore it is felt that this method of pre-release training allows the lions to learn to hunt prey of a size that can sustain the whole pride immediately upon release, thus allowing for a greater chance of social bonding of that pride.