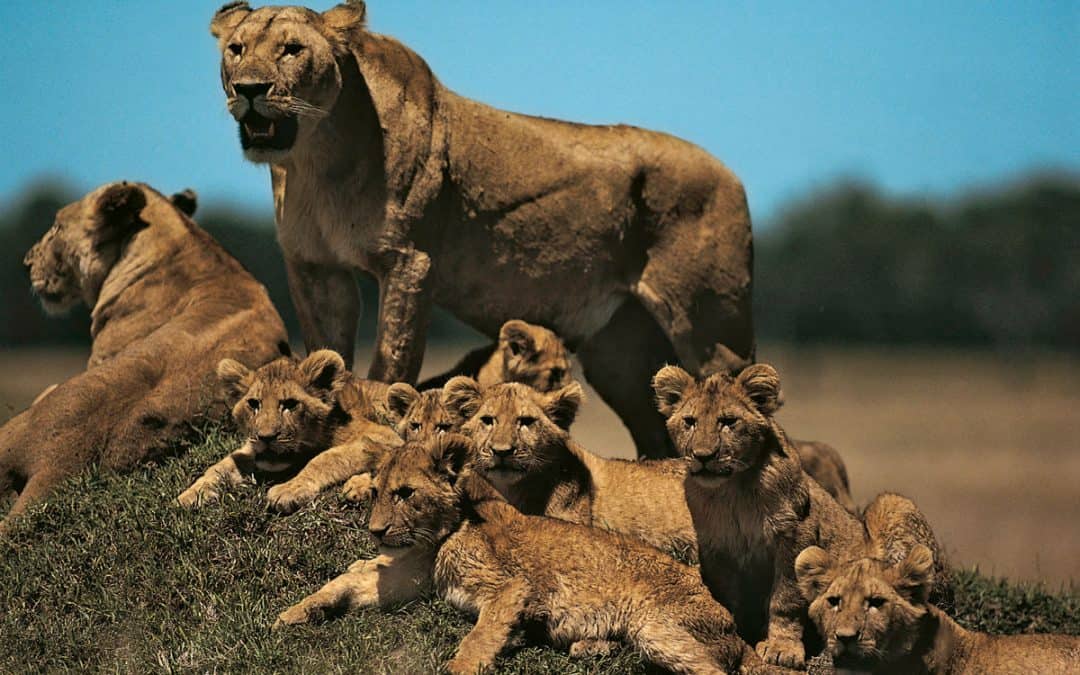 When is a lion’s Breeding Season

Male lions become sexually mature at around 26 months old, but unlikely to breed before the age of four or five, primarily due to a lack of opportunity until they are large enough at around this age to take over a pride and therefore its breeding rights.

Females can breed until they are c. 15-years old, but reproduction usually starts to decline at 11 years. A lioness in the Kgalagadi Transfrontier Park gave birth at 19 years old.

The onset of oestrus is in response to within-pride mechanisms such as oestrus in pride mates as well as the loss of cubs from infanticide at pride takeovers. Lionesses are polyoestrus, oestrus lasting 4 – 7 days with intervals between periods of a few days up to more than a year (average 55.4 days). They have post-partum oestrus but do not conceive if the litter survives. If the litter is lost a new one may be produced within four months.

How do lions select a partner?

Selection may be initiated by either member of the pair who remains close during the period of a female’s fertility. The female usually invites the male to have intercourse by assuming a position known as lordosis.

There is little competition amongst pride males during mating. Instead of fighting to be the first to mate with a fertile female, a male will follow her around very closely at the first signs of fertility onset.

Other males keep their distance unless there is a clear size difference, in which case a larger male may fight a smaller one. This works because females have a long fertility period and copulate many times during that period. Males may lose interest before the end of the fertility period, giving patient males a chance.

Also, due to the common synchrony of reproduction, there is often more than one female in heat at any one time. A lioness mates up to 100 times per day with an average interval of 17 minutes (range 4 – 148), each mating lasting for c. 21 seconds (range 8 – 68) 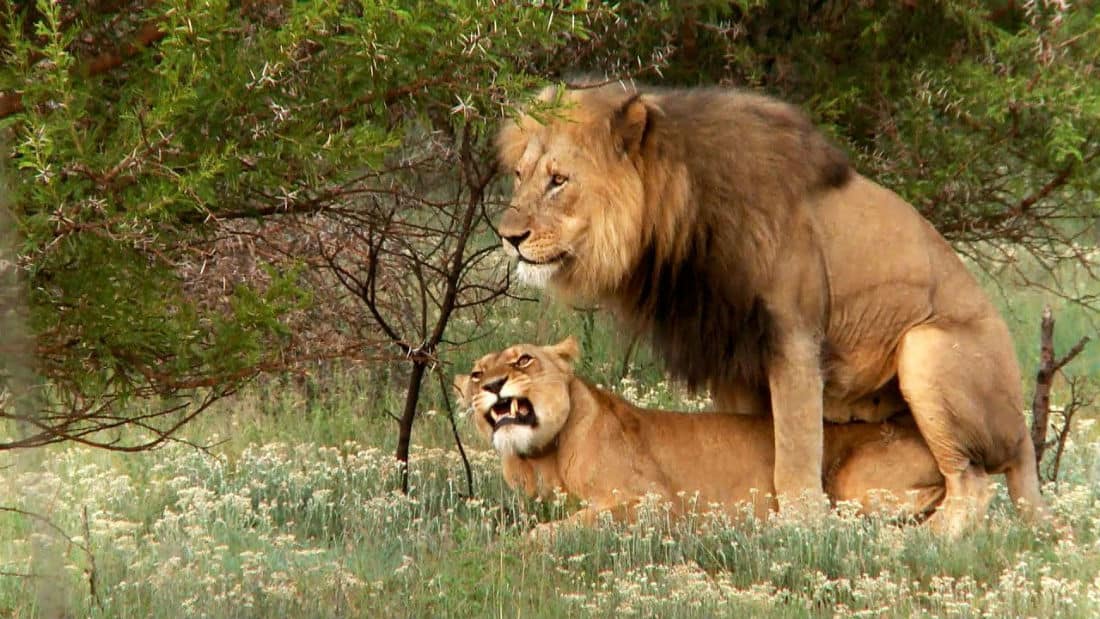 Male cats have spines on their penis to cause slight trauma to the vagina upon withdrawal.  The resulting pain triggers ovulation.  It may also explain why females bare their teeth at males during mating.  The penis is also mobile and can be pointed backwards or moved from side to side for scent spraying.  Conception occurs on the 4th day of oestrus with a conception rate per cycle of 38%.  The level of nutrition influences both fertility and litter size.

Pregnancy is between 100 – 120 days.  Just prior to cubbing the female will move away from the pride and give birth in a well-hidden lair.  The typical number of cubs in a litter is three (range one – six). Cubs weigh c. 1.65 kg at birth gaining c. 106g per day in the first four weeks of life.