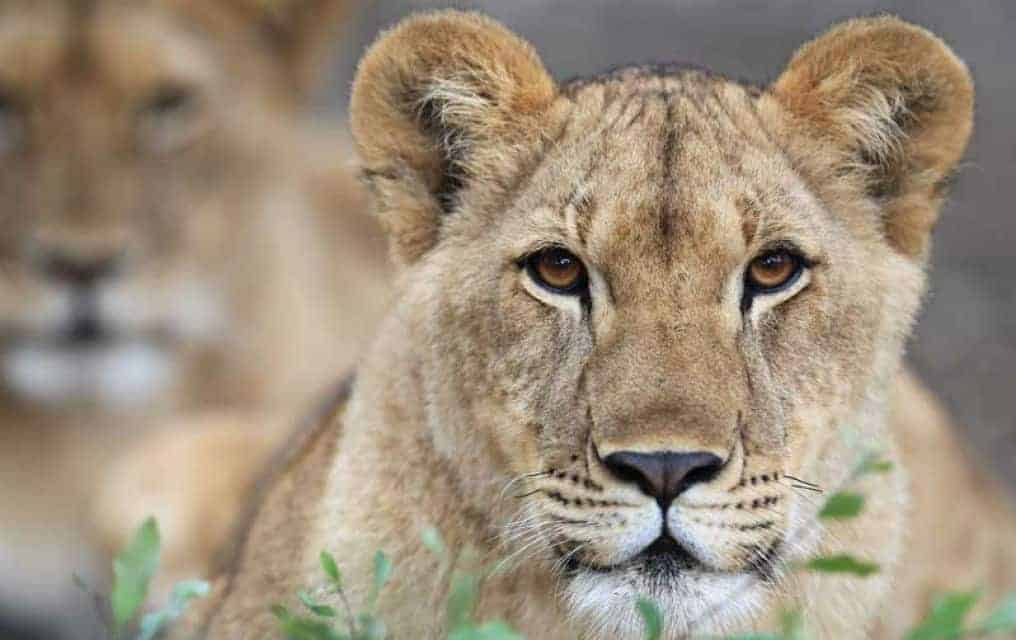 “Lion: the fiercest and most magnanimous of the four-footed beasts“
Samuel Johnson’s Dictionary of the English Language (1755)

Welcome to our comprehensive guide to the African lion.

Let’s start our journey of discovery with Etymology, where did the lion get its name?

The lion’s name derives from the Latin Leo; the ancient Greek λέων (leon) with the Hebrew word lavi possibly also related. The generic component of its scientific designation, Panthera¸ is presumed to derive from Greek pan– (“all”) and ther (“beast”) but this may be folk etymology. The name came into English through the classical languages, but panther, is probably of East Asian origin meaning “the yellowish animal”.

The lion was first classified as Felis Leo by Linnaeus in 1758 from a specimen found in Constantine, Algeria

The lion (Panthera leo) is a mammal and second largest in the family Felidae, being slightly smaller than the tiger (Panthera tigris). The leopard (Panthera pardus) and the jaguar (Panthera onca) are the two other cats that make up the four “big cats” in the genus Panthera. 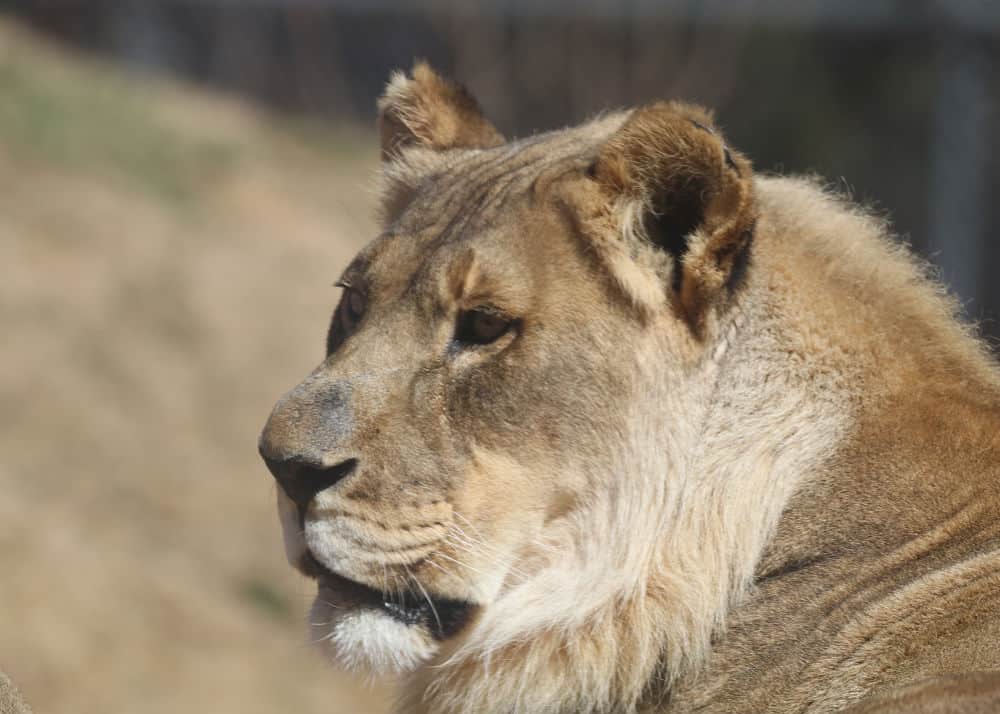 Origin of a Species

Fossil evidence suggests that the earliest lion-like cat (P. l. fossilis) appeared at Laetoli in Tanzania in East Africa during the Late Pliocene (5.0–1.8 million years ago).

In a pattern broadly resembling that of humans, lions migrated out of Africa during the Middle Pleistocene (800–100,000 years ago – kyr) into Europe, Asia and North America extending as far south as Peru and becoming the most widespread large terrestrial mammals during the Late Pleistocene (100–10 kyr).

Recent genetic studies have suggested that at least two distinct lineages of lion inhabited western Eurasia at the end of the Pleistocene: the Holarctic cave lion (P. l. spelaea), and the modern lion (P .l. leo).

It has been suggested that a population bottleneck of the modern lion (ca. 55–200 kyr) allowed a single population of lions to replace older populations in Africa and south-western Eurasia.

This single origin replacement model of modern lion evolution provides a parallel to the ‘recent African origin’ model of human evolution (in comparison to the ‘multiregional evolution’ model), in which modern Homo sapiens evolved in Africa ca. 200 kyr and went on to replace hominids (e.g. the Neanderthals) elsewhere. 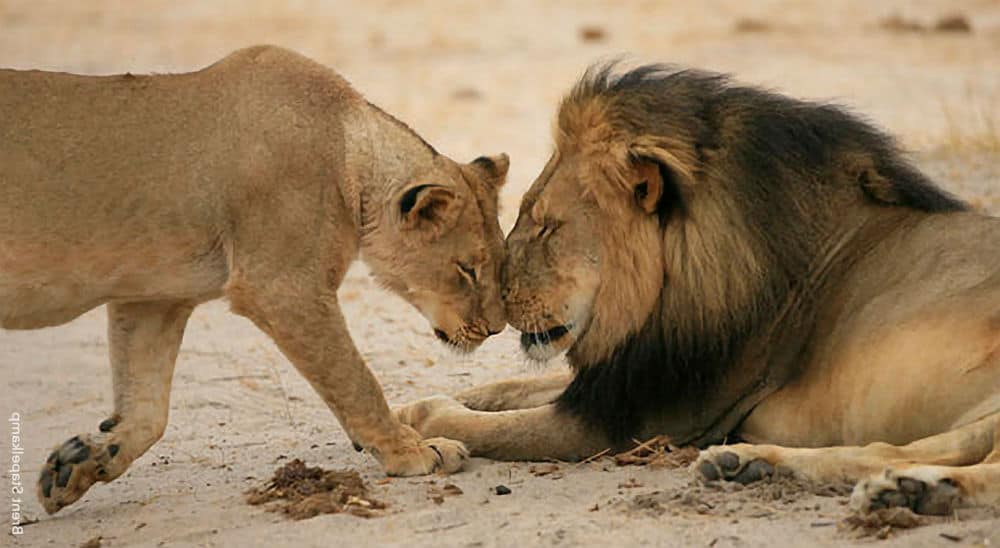 Although modern lions genetically differ from leopards and tigers by 13.8% and 19.8%, respectively, differences from Holarctic cave lions of 5 – 6% greatly exceed those among modern African lions (around 0 – 1.22%). Lions do show substantial variation within populations but only limited between population differences; like other wide-ranging large mammals.

Twenty-four sub-species classifications have been suggested for modern lions based on external morphological differences in different geographical regions, such as; body size, coat thickness and colour, mane size and colouration as well as the extent of retention of juvenile spots into adulthood.

However, recent mitochondrial DNA sequence variation analysis suggests that lions across Africa are the same and sub-Saharan lions should be considered a single sub-species Panthera leo.

Some even question the sub-species classification of the Asiatic lion, currently classified as P.l. persica, due to the limited genetic difference (1.1%) to African lions this difference being smaller than those found between human racial groups. 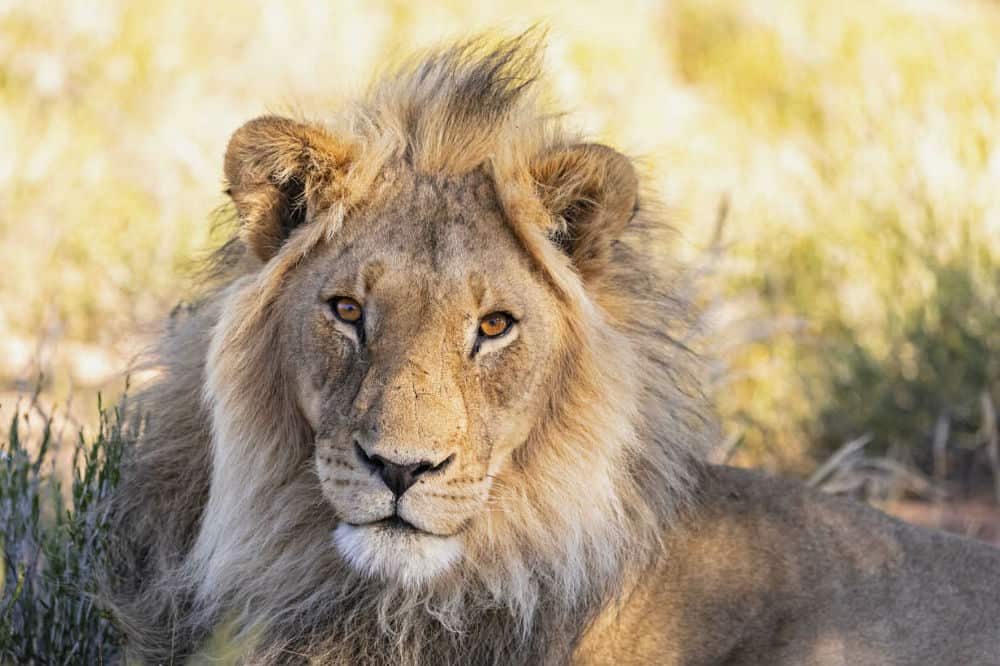 What is the meaning of Panthera leo?

Noun. 1. Panthera leo – large gregarious predatory feline of Africa and India having a tawny coat with a shaggy mane in the male. king of beasts, lion. lion cub – a young lion.

Why are lions called Panthera leo?

The scientific name for lions is Panthera leo. The genus Panthera is of Greek origin and comprises big cat species such as tigers, lions, jaguars, and leopards that have the ability to roar. Leo is the Latin word for lion.

What does Panthera mean?

noun. a genus of chiefly large cats that includes the snow leopard, tiger, leopard, jaguar, and lion, most having the ability to roar.

How does the lion pride work?

Prides are family units that may include up to three males, a dozen or so females, and their young. All of a pride’s lionesses are related, and female cubs typically stay with the group as they age. Young males eventually leave and establish their own prides by taking over a group headed by another male.

How many males are in a lion pride?

Three. African lion prides typically consist of up to three adult males and around a dozen females and their young, according to National Geographic. Some prides can get extremely large, however, with up to 40 members. Females tend to remain in the pride in which they are born, so they are usually related to each other.

What is a female lion called?

A female lion is called a lioness. Lionesses do most of the hunting for their pride. They are more effective hunters, as they are smaller, swifter, and more agile than the males and unencumbered by the heavy and conspicuous mane, which causes overheating during exertion.